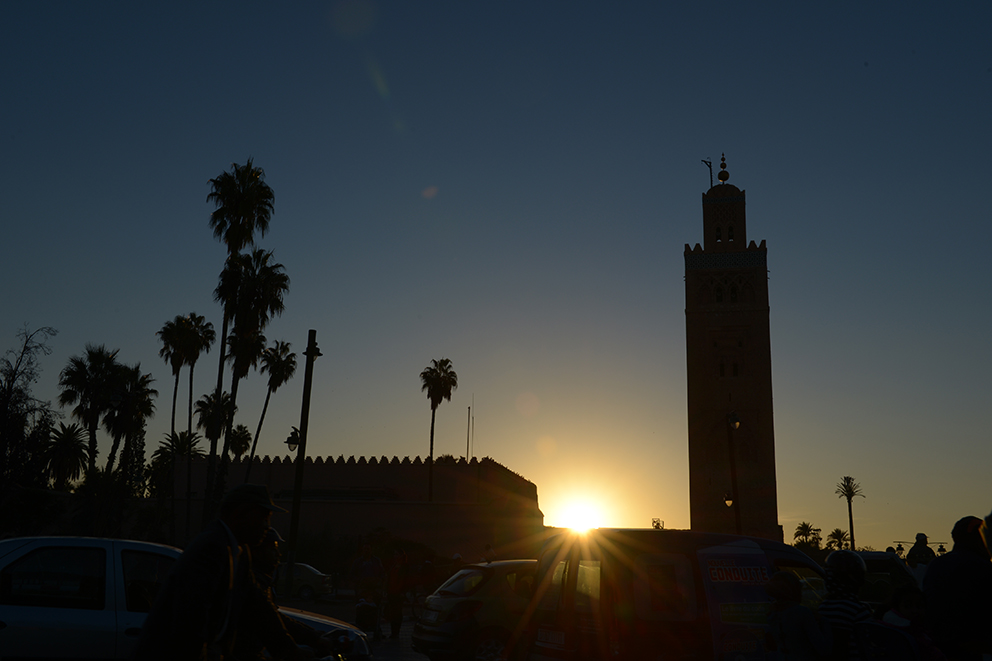 I was born in Marrakech and this city has a particular place in my heart. Below is a succinct overview of my beloved red city.

Founded by the Almoravid Berber leader, Youssef Ibn Tashafin in 1062 A.D., Ibn Tashafin made Marrakech the capital of the Almoravid Empire. In 1147 A.D., a new religious movement from the High Atlas Mountains named Almohads took control of the city. Abd al-Mu’min got inspirations from the Andalusian Islamic architecture and constructed the renowned symbol of Marrakech, Al Koutoubia Mosque. In 1522, under Sultan Moulay Adbullah, the city was rejuvenated and its grandeur restored. During this period, magnificent architectural structures were built including Badi Palace and the Ben Youssef Madrassa. It was also during this period, that many Moroccan artisans travelled to Marrakech to contribute their craftsmanship to various public and private structures. By 1669, it was the most influential city of Morocco. In 1917, Morocco became a French Protectorate and French-like modern structures could be observed beyond the wall of the older medina. Today, Marrakech is the touristic capital of Morocco and each year is a must destination for millions of tourists coming from around the globe.

If you want to amaze all of your five senses, then head to Semmarine souk to discover so many treasures and a true microcosm of Moroccan handicrafts. You can find ornamental wood tables or doors, handwoven rugs, bronze lanterns, ceramics, leather goods such as bags, belts, ottomans or fashion linen clothes. Marrakech is also home to the 11th century old Tannery, Ennakhla. Some of KOUTCHI artisans are based in Marrakech and are handcrafting leather belts, leather ottomans, wood kitchen tools, Raffia shoes, and leather shoes. If you have a sweet tooth, you can get some delicious Moroccan pastry from Haj Belkabbir (see picture below)

Four Suggested places to visit while in Marrakech